THE HEAT IS ON

The nearest official thermometer is at the airport in Prescott, a few miles away and a couple of hundred feet higher than here in Prescott Valley.

It says the temperature at 4 p.m. as I'm writing this is clocking in at 83 degrees.

I was just talking to my neighbor and he said the thermometer measuring the outside temperature on his truck said it was 86.

But the real heat today came in around 100 miles to the south of us, at the airport in Phoenix. 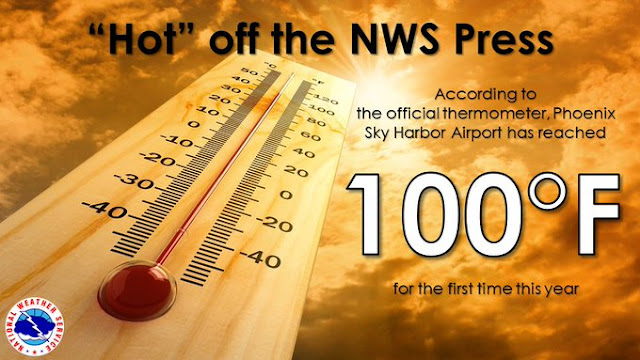 Hey, that's nothin'.
Back in 1988 the first triple digit day occurred on March 26th!
And as we Arizonans are fond of saying . . 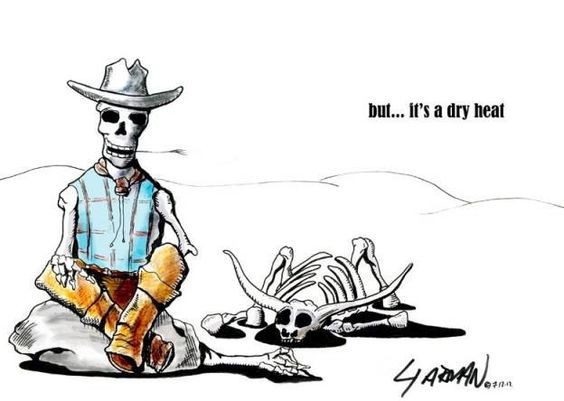 I have lived and visited in other parts of the country, where the humidity can match the temperature, and I can testify that the heat is much less tolerable there.

But what the heck, the first day we hit the century mark this year happens to fall on Cinco de Mayo.

Not that we need it but what two better excuses to crack one of these . .