I went out to change the water in the bird bath this afternoon and caught a sudden very quick movement out of the corner of my eye.

But this must have been part of a new family. 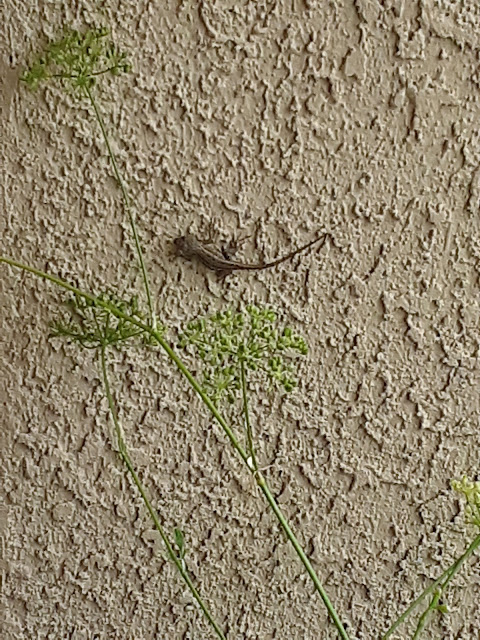 You can tell just how tiny he is by comparing him with those spindly stems and fronds of a parsly plant growing from a pot on the patio.

I estimated him at between 2 and 3 inches long, with most of that being his tail.

The lizards which thrive around our back yard are legion but we tolerate them because they do no harm and they eat bugs, we've been told.

And they're amusing to watch as they dart around at manic speeds and at other times lie basking in the sun for lengthy periods.

Just part of life in Arizona.