The BRD is moving today.

Frankly, I think I would be a little concerned about the names of these guys but . . . 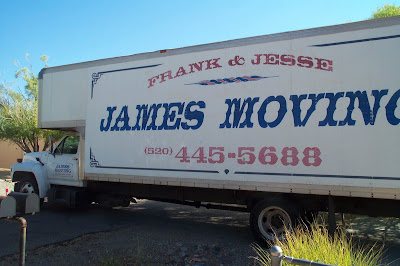 Actually, Frank and Jesse were nowhere in sight. The boss guy was Bill and I forget the other fellow's name but they worked like galley slaves for five hours filling their truck with the contents of the BRD's half of the duplex. 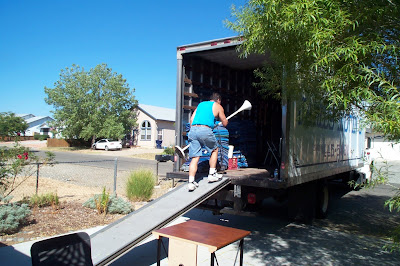 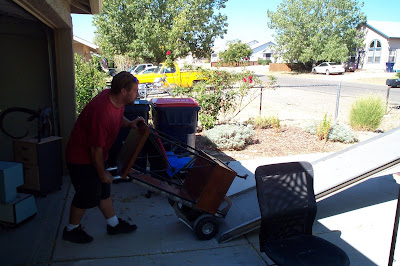 The BRD will be much happier in her new place. It's a house with a couple of thousand square feet and she'll have room to spread out and fill the house with all of her beautiful art work.

But . . I've moved way more times than I ever wanted and neither SWMBO or I could handle it again, even with hired movers.
Posted by Catalyst at 3:16 PM 7 comments

What was your favorite Paul Newman movie?

I'd have to argue for "Butch Cassidy and the Sundance Kid" with his buddy, Robert Redford.

Then, of course, there was that irrepressible bad boy in "Cool Hand Luke."

Southern charm, with Elizabeth Taylor, in "Cat on a Hot Tin Roof."

Paul got back with his pal, Redford, in "The Sting".

Ah, there were so many great movies. Newman made about 60, including "The Hustler", and it's sequel "The Color of Money", "The Long Hot Summer", (this picture may have come from that one.) 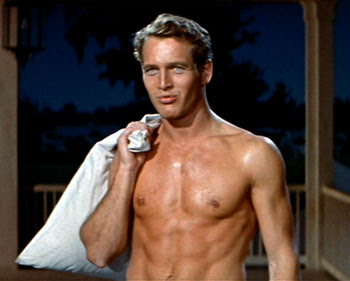 There was "Exodus", "The Silver Chalice" (that's the one Paul hated), who could forget "Hud" (Patricia Neal certainly couldn't!), "Winning" (the movie that started his interest in auto racing), "Sometimes A Great Notion", "The Life and Times of Judge Roy Bean", "The Verdict", "Mr. and Mrs. Bridge", "Road to Perdition" and "Empire Falls" . . . just to name a few.

Newman said he didn't read reviews of his movies because the good ones give you a fat head and the bad ones make you depressed for three weeks.

But . . . what was your favorite Newman movie?

Whatever it was, we'll remember this guy, and those amazing blue eyes, for a long, long time.

Posted by Catalyst at 2:59 PM 9 comments

American actor Paul Newman has died of cancer at 83.

Well, the first presidential debate of this year is over. What did you think?

SWMBO and I agreed (Amazing) that it was pretty much a draw. I thought McCain lost points by his constant repetition of "Senator Obama just doesn't understand" . . . and his refusal to ever look in his direction. But, as far as talking points went, we thought it was about a draw.

Everyone I've talked to since says the same.

But that's good for Obama. (And I might add, good for America) He was ahead and this should keep him ahead.

So let's face it, folks. This year, vote Democrat!
Posted by Catalyst at 8:59 PM 4 comments

The ramp is done!

Some of you may remember my post (if you even remember me!) about the partially completed backyard ramp. Well, amazingly, the carpenter finally did return and finished the job...after a fashion. He didn't do all the work he had promised to do. The work he did was rather marginal. The materials he used were less than marginal. He left a hell of a mess in the backyard. Unfortunately, he got all of his money before he was quite done so then it was just a rush to get out of here and on to his next sucker, oops, client. He did advise us that if the surface of the wood was left untreated, the ramp probably would rot and collapse in a few years but he didn't volunteer to treat it.

So, SWMBO and I groaned and strained and finally finished treating it yesterday with something that makes it look a little bit like redwood. 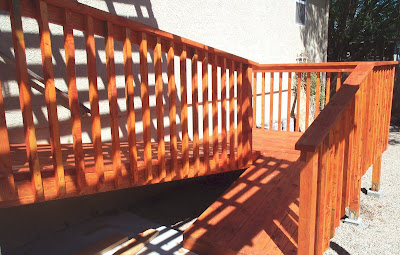 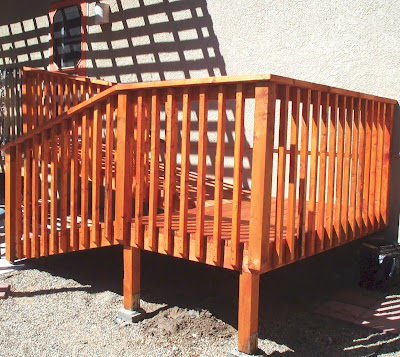 By the way, if you click on that second photo to expand it, you'll see how nice the "redwood" ramp plays off my coveted bright orange screen door!
Posted by Catalyst at 1:46 PM 10 comments

The World Arts Fair started yesterday in Prescott Valley and I went down for a walk-through to snap a few pictures. This was my scene-setter. 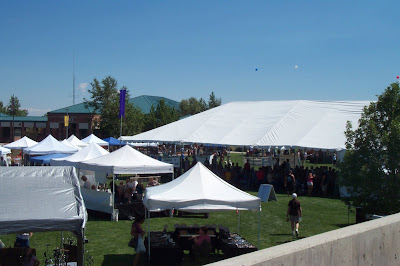 The next time I tried to shap the shutter, the camera told me the battery was too low.

So ended my photographic adventure with the fair, though I did walk through, sampled a Santa Barbara wine, watched a mime (VERY briefly), and headed for home.

Today, SWMBO decided we should go up to the top of Mingus Mountain for a picnic. Nice views from up there. 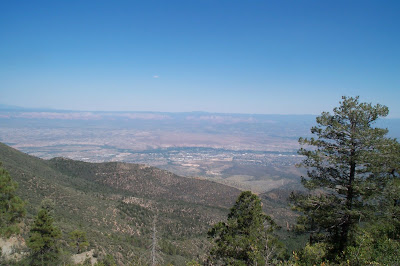 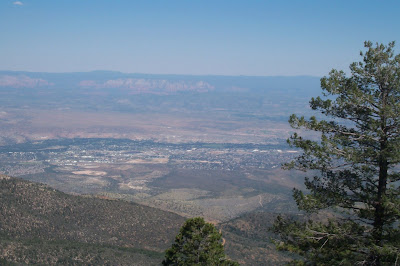 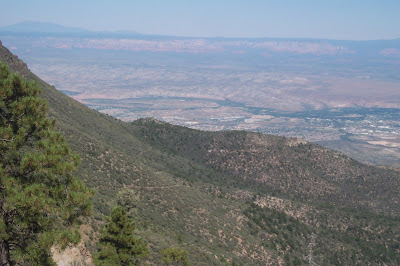 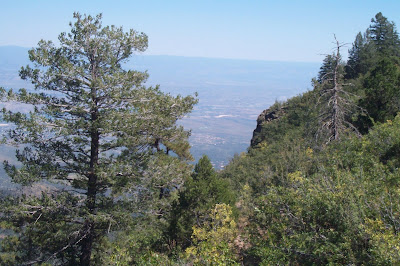 The actual mountaintop is electronic with television towers every few feet. 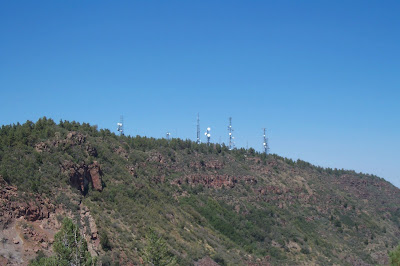 So ends my adventurous weekend.

As usual, all of the photos are more impressive if you click on them for the larger shot.

Posted by Catalyst at 4:22 PM 9 comments

Growth is a good thing!

Sam's Club and the Cracker Barrel restaurant are not far behind.

Prescott Valley is growing!
Posted by Catalyst at 10:36 AM 8 comments

Excerpt from the lead editorial in the New York Times, Sunday, September 8th:

Mr. McCain's choice of Gov. Sarah Palin of Alaska as his running mate raises even more worrisome questions. Her strategy is drill here, drill there, drill now.
She would open up the Arctic National Wildlife Refuge in a heartbeat --- something Mr. McCain continues to oppose. She has sued the Bush administration for declaring the polar bear a threatened species, fearing it would interfere with oil exploration in Alaskan waters. She has questioned whether humans are responsible for climate change. Governor Palin's views are alarmingly out of touch with reality. No less alarming was Mr. McCain's decision to welcome them into his campaign.
We must be very, very careful in the voting booths eight weeks from tomorrow.
Posted by Catalyst at 4:31 PM 13 comments 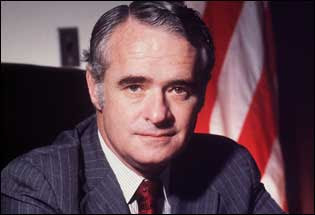 For those of you too young to remember, Senator Thomas Eagleton was chosen by George McGovern as his running mate in 1972. He lasted only 18 days, after revelations that he had suffered from depression and had been subjected to electroshock therapy. So much for Eagleton, so much for McGovern. Though I'm afraid McGovern never had much of a chance to unseat Richard Nixon anyway. (Nixon himself was unseated two years later when he was forced to resign the presidency over the Watergate scandal.)

So, now we have Sarah Palin named by John McCain as his choice for the v.p. nomination and the media is going crazy as revelation after revelation comes out. Rather than detailing them all here, I urge you to go to the Colonel's blog and read his multiple postings on the subject.

So...is Governor Palin this year's Eagleton? Will she survive? It's not looking good for her at present but John McCain is a stubborn man. At any rate, for this blogger, politics has become fun again.
Posted by Catalyst at 4:24 PM 10 comments