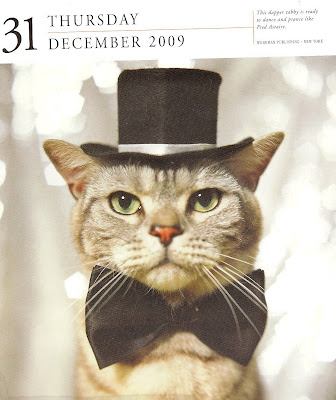 There is a tradition in New Orleans to have a funeral parade accompanying the casket to the graveyard. A dixieland band accompanies with a slow, sad song. But once the body is in the ground and the cortege heads back to town, the music changes. To give you an idea of how it goes, here is a famous Dixieland Band from Hungary, of all places - the Benko Dixieland Band. Say goodbye to 2009 and hello to 2010!

Posted by Catalyst at 9:33 AM 6 comments

Posted by Catalyst at 3:00 PM 2 comments

SWMBO and I were invited to the BRD's house last night for her traditional Christmas Eve dinner. 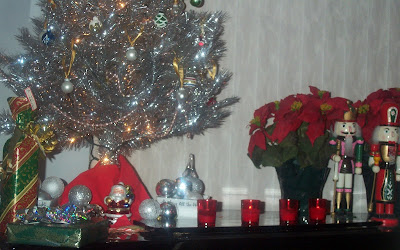 We came home with full tummies.
Posted by Catalyst at 1:28 PM 9 comments

Posted by Catalyst at 4:41 PM 4 comments

Ah the sun is back, the skies are clear, the temperature is up, most of the snow is gone, all is right once again with the world. 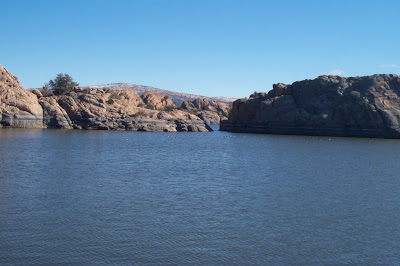 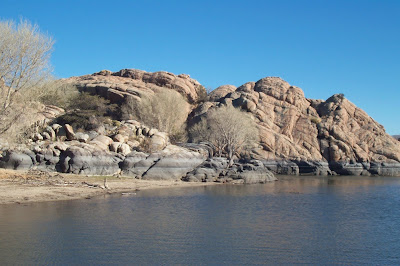 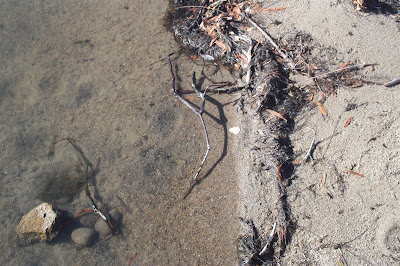 Posted by Catalyst at 3:05 PM 4 comments

The second shortest day of the year

All right. It was a day late but the snows of winter arrived today . . . first in Prescott. 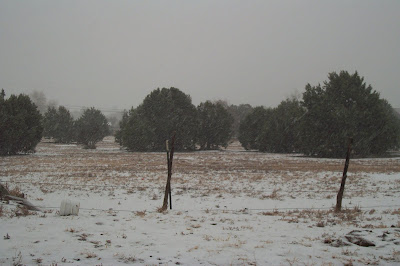 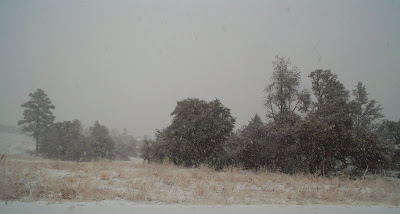 Some of the houses lend themselves to Christmas card photos when the snow is falling. 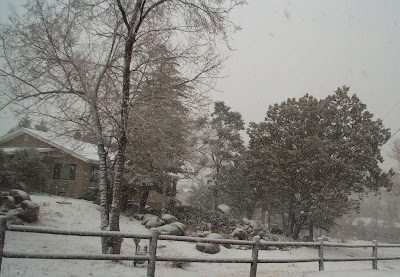 As one heads down the hill, it looks slippery (and it was) but to a boy who learned to drive in North Dakota, it was no problem.

Out in Prescott Valley, it took awhile to turn from rain to snow but eventually it did, turning the countryside white. 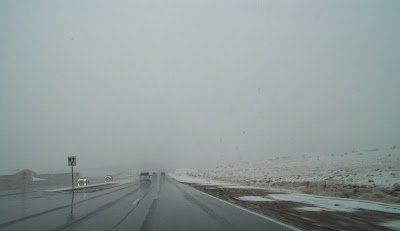 But now that we've had our "White Christmas" . . even a few days early . . it's time to bring back the sun. And it was trying to burn through at mid-afternoon.

The weather wizards say snow will leave our area tomorrow and the high temperature on Christmas Day is forecast at 48. So by then, this will be only a memory.
Posted by Catalyst at 4:29 PM 0 comments

The first day of Winter

No snow on our level here, though there is some on the higher peaks in the distance. But the longest day of the year was a mighty bleak one, with a possibility of rain showers tonight and tomorrow.

Oh, good grief. Friend Reed has pointed out that the first day of winter is not the longest day of the year - it's the SHORTEST! I may be getting too old for this. 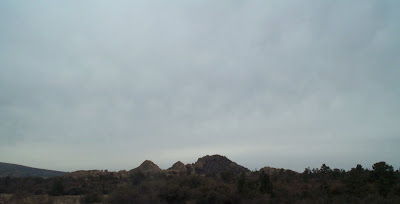 Posted by Catalyst at 3:27 PM 2 comments

After some nagging, SWMBO finally decorated for Christmas. 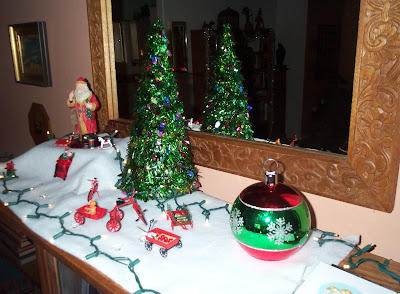 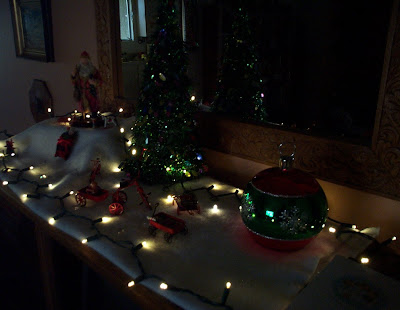 Posted by Catalyst at 9:05 PM 4 comments

As one gets older, one of the joys of Christmas is getting cards with photos enclosed. Usually, it's photos of children of your relatives. Such was the case yesterday when a card arrived from one of our granddaughters, along with photos of her two sons. Our great-grandsons. That seems amazing to say but it's true. So here are two Colorado cowboys . . . Kyle and Donovan, looking ready to rope the range. 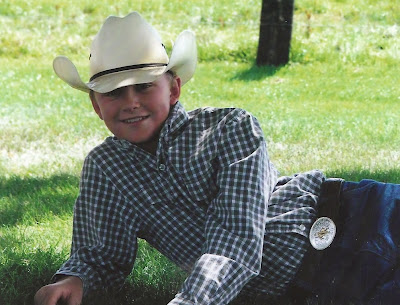 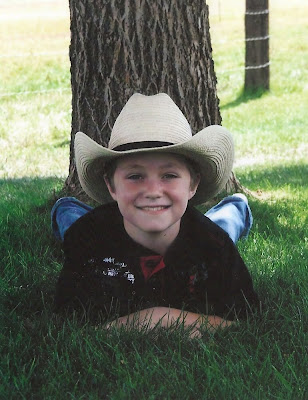 Posted by Catalyst at 8:20 AM 7 comments

Well, look at what I was surprised with this morning. 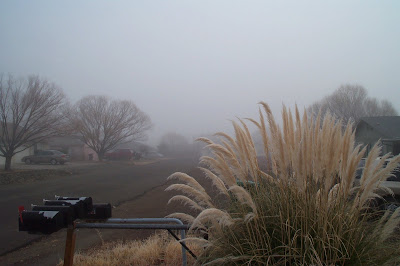 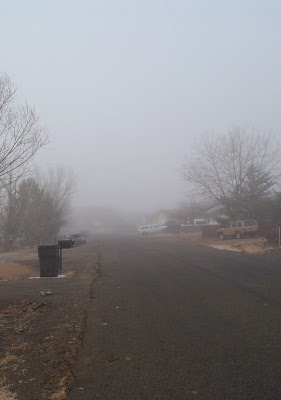 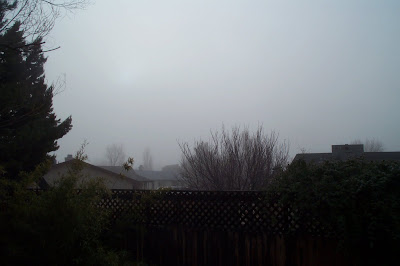 As a Sherlock Holmes fan, all I could think of was The Hound of the Baskervilles howling across the moors.

The weather wizards say the fog will burn off this morning and our Arizona sun will return, along with high temperatures in the upper 50's, for the rest of the week.

That's good. I like a foggy day but no more than one in a row!
Posted by Catalyst at 9:12 AM 2 comments 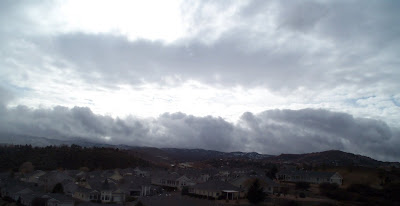 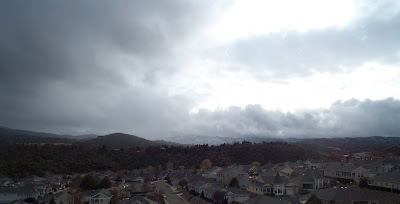 Posted by Catalyst at 3:29 PM 4 comments

Most of the snow has disappeared at our elevation but it's still icy, with piles of snow alongside roads and in parking lots, in Prescott . . . only a few miles away but a few hundred feet higher. But it is COLD! The overnight low forecast for tonight is 18 degrees. Of course, up in North Dakota, where I grew up, it's supposed to be 9 degrees BELOW zero tonight with wind chills at 30 below. Arizona is still better. 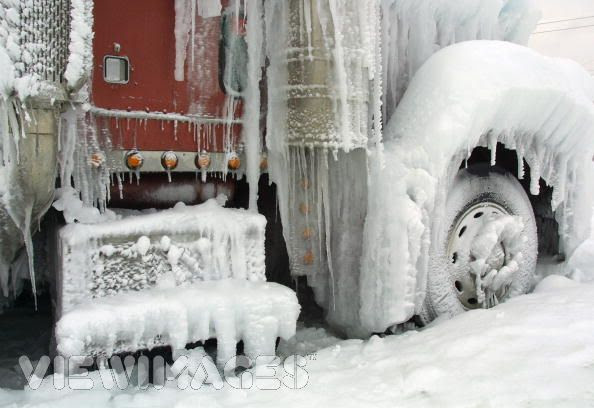 Posted by Catalyst at 5:52 PM 8 comments

An inch or snow of snow

Prescott Valley escaped the brunt of the storm. I'd guess we got maybe an inch of snow. Here are some cat tracks out our front door. 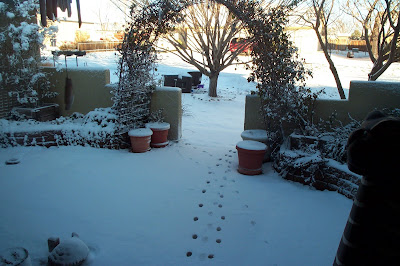 I notice the neighbors garbage dumpster has blown over into their front yard. That probably happened last night when the wind was blowing at 50+ miles per hour. There was one wind gust clocked at 70 miles per hour just before 11 o'clock and it sounded like the roof was going to come loose.

Here's the view, with a blaze of sunlight, out the rear door. 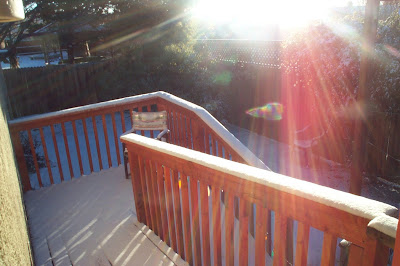 As you can see, we were just low enough to avoid most of the snow. Higher elevations around the state, particularly up around Flagstaff, got up to 30 inches of snow and several highways are closed.
Posted by Catalyst at 8:11 AM 9 comments

O.K. I know it won't impress most of you from northern climes but I just wanted to show you that even here in Arizona we're getting some snow today. The photos were all taken in and around Prescott so at about 5,500 feet elevation. 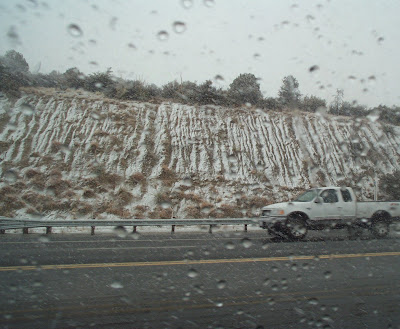 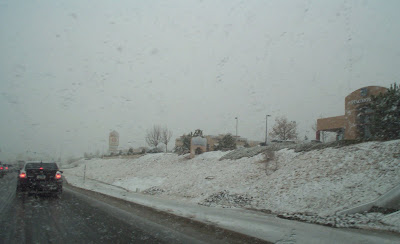 Also, this was toward the beginning of the storm at around high noon. If it continues as the weather wizards predict, it could be a lot heavier by tomorrow morning.
Which makes me think this SUV stopped ahead of me in traffic might just have the right name! 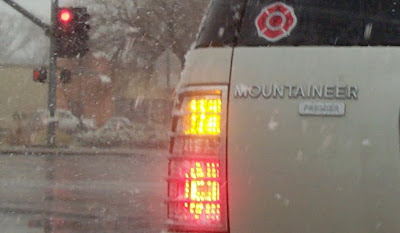 Posted by Catalyst at 2:17 PM 1 comments

This was the scene at Pearl Harbor, Hawaii, on December 7th, 1941 as the U.S.S. Arizona burned and sank after being bombed by the Japanese in a sneak attack. 1,177 men lost their lives in the cataclysm. The battleship was authorized by Congress in 1913, one year after Arizona was admitted to the Union. She was launched in 1915, sponsored by Esther Ross, daughter of a prominent Arizona pioneer, W.W. Ross of Prescott.

After her sinking, she remained (and does to this day) on the floor of the sea. While the superstructure and turrets were removed, the body of the ship lies silently underwater, now part of the U.S.S. Arizona Memorial. 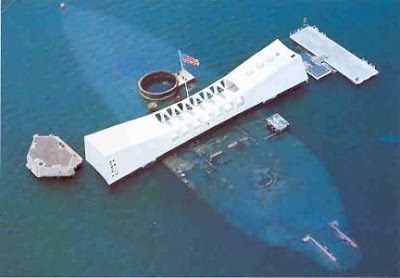 Posted by Catalyst at 7:47 AM 4 comments

When I arose from the arms of Morpheus this morning, the temperature was 14 degrees outside. 14 DEGREES Fahrenheit! Wait a minute. This is Arizona where people come to spend their balmy winter days. The home of the snowbirds from the normally colder, snowier northlands. Not only that. The weather forecast is saying rain and snow are on the way. The old Catalyst is feeling a bit chilly this morning.

Other than staying in the house with the furnace blasting warmth throughout what can one do? Ah, there's the Internets with their wealth of photographs of places warmer, balmier, sunnier than here. 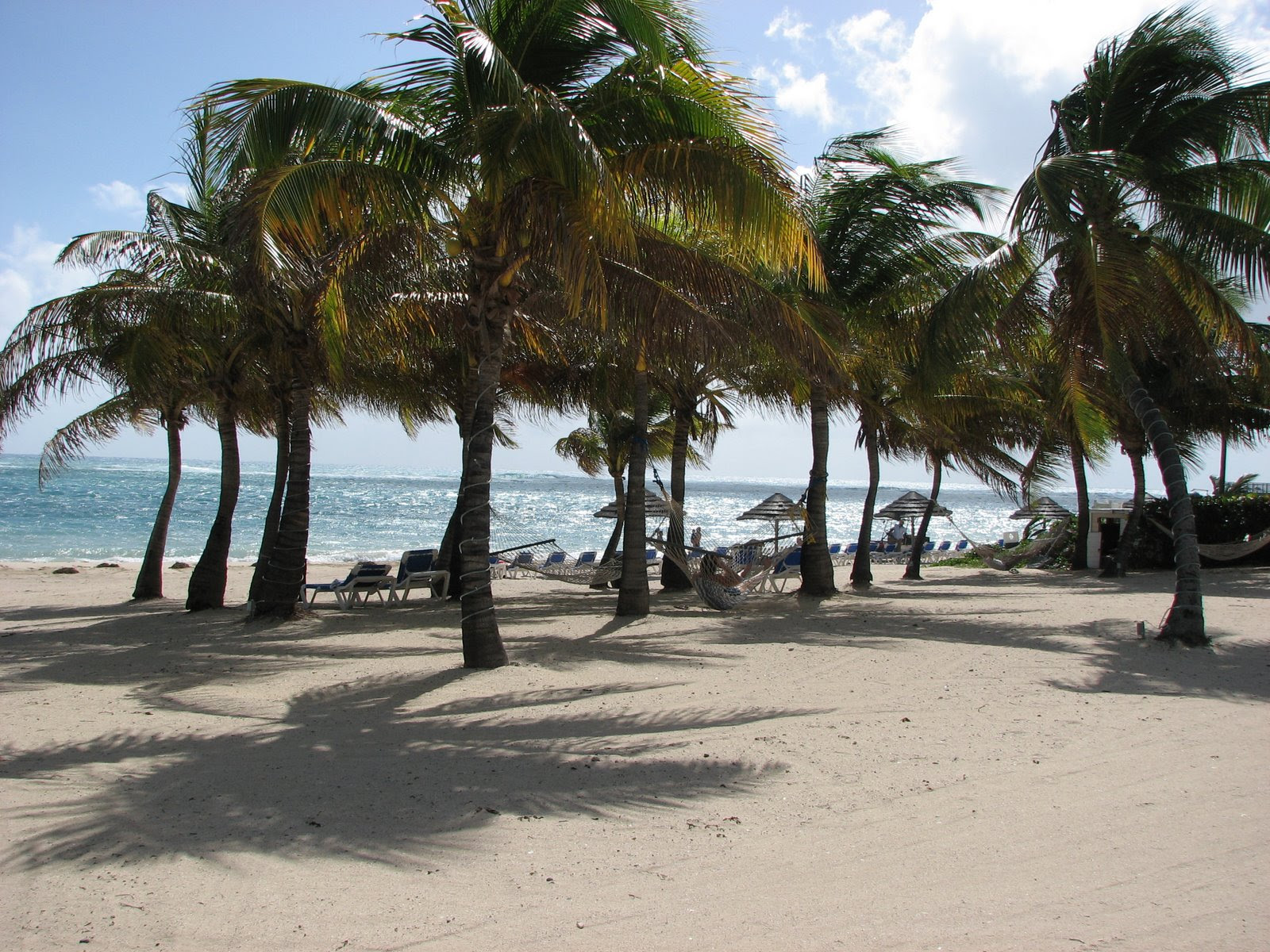 I'm feeling better already. I'll have another Margarita, please.
(Click on that second photo for the full effect.)
Posted by Catalyst at 8:55 AM 8 comments

The Jersey Lilly Saloon, on Whiskey Row in Prescott, has put up its Christmas decor for the year. 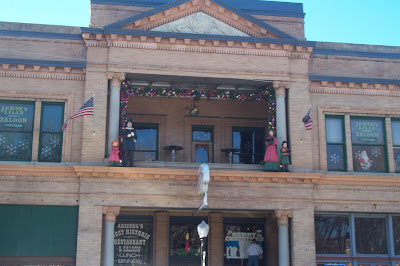 Up on their balcony, a family of carolers is holding forth.

Posted by Catalyst at 3:18 PM 2 comments


I forgot to mention earlier that Granny J tipped me to this video. Thanks, Julie!
Posted by Catalyst at 8:40 PM 5 comments

Looks like it's going to be a weird Christmas around these parts. 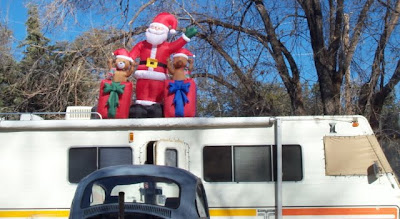 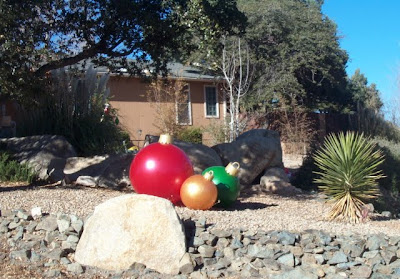 Posted by Catalyst at 5:11 PM 3 comments