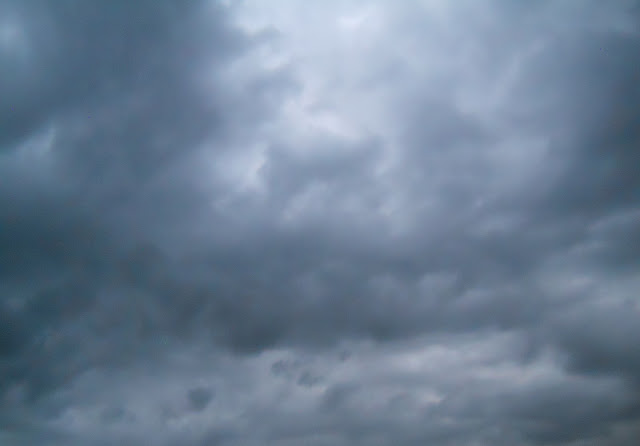 ﻿
And what do we get from this? 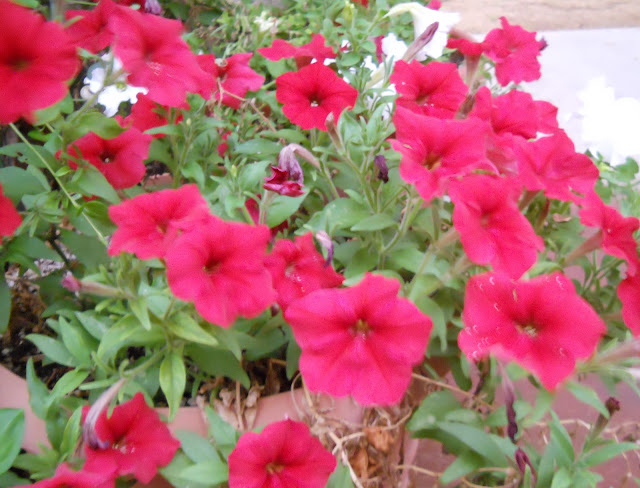 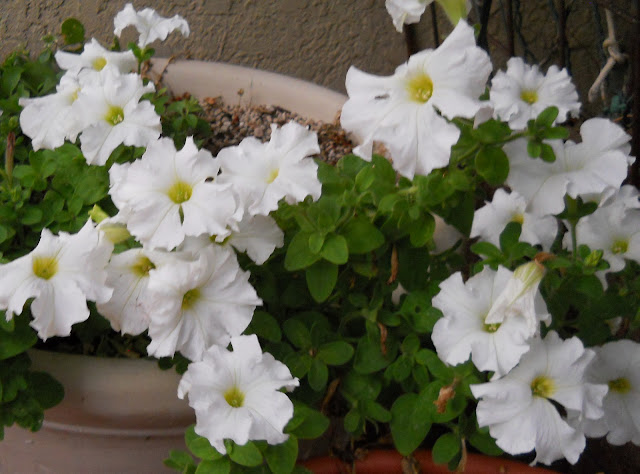 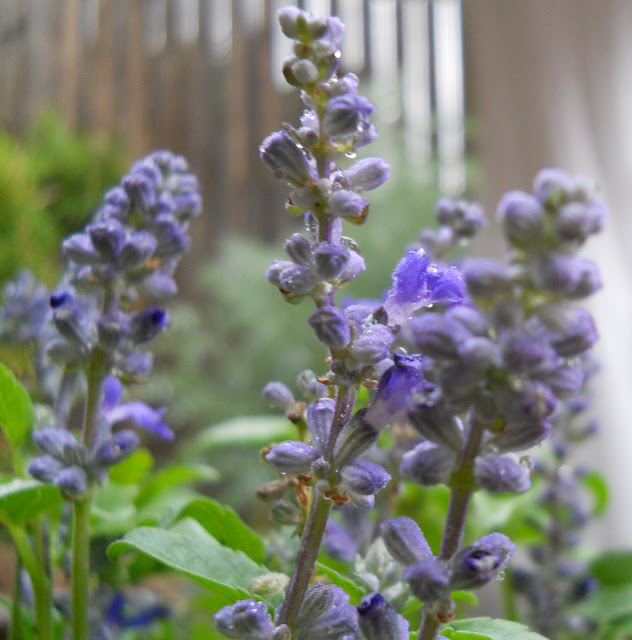 OLYMPIC (AND OTHER) GAMES

I spotted this picture from London on the Internet this morning. 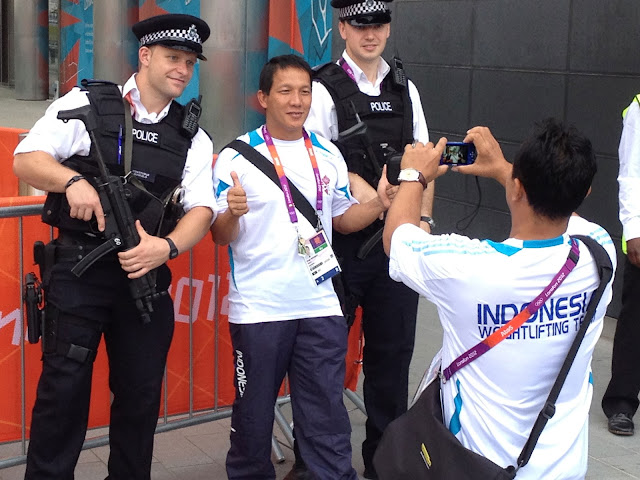 ﻿It brought back a memory from over 20 years ago.  The BRD (Beautiful Rich Daughter) was visiting us when we lived in Guadalajara, Mexico, and we convinced two shy but obviously very pleased guards to pose with her. 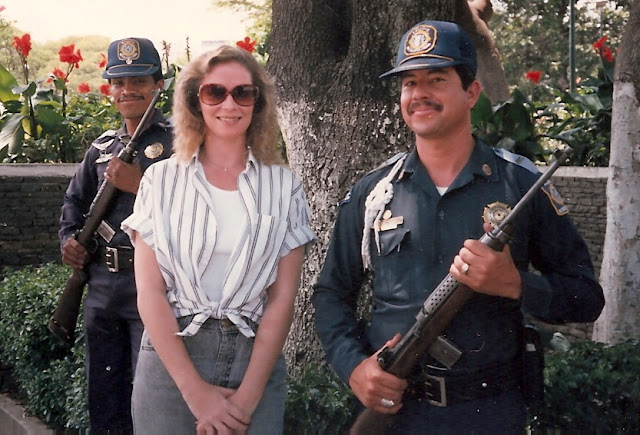 ﻿
Some years later, the BRD visited London . . . and you guessed it: 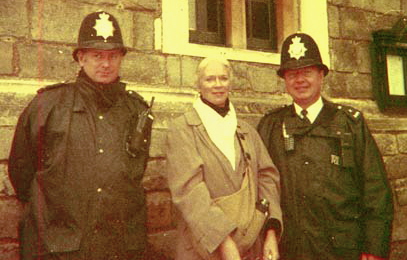 This was out my back door last Tuesday.


﻿
Now that my new neighbors have unloaded their huge moving van and got most everything into their house, I want more of the above.﻿
Posted by Catalyst at 11:39 AM 5 comments:

﻿So if it is hot where you are, and how could it not be, here are some pictures to chill you down. 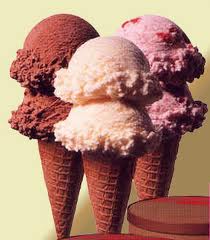 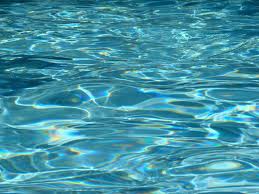 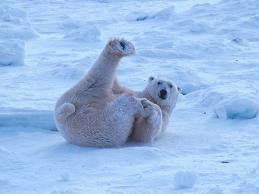 And the coolest of all, Mick Jagger, who turned 69 today! 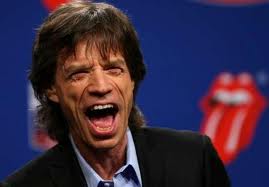 I just heard this on the radio on an oldies station as I was driving across town and had to post it.  Visually, it's not the best but it's not bad.  So turn up your speakers.  Way, way up.  Then get up on your feet and hit the play button.  Take a trip with Bullet Bob Seger!

Such as it is.  The stitches came out of my arm this morning after my recent surgery to remove a squamos cell carcinoma.  If you're queasy about such things, you may want to skip the picture.  But in the interests of full disclosure I'm publishing it anyway.  You can't really tell much about it from the picture but SWMBO says it's about five inches long.  And the lab reports my dermatologist/surgeon got all of the cancer.  Let's hope I never get any more of it.  O.K.  If you're still reading, either brace yourselves or look away.

The nasty looking spot in the center of the scar was caused by a small water blister that formed, apparently as a reaction to the cutting.  Even though it's rosy around it, my doctor says he doesn't think it's an infection but to keep an eye on it.

Now I have to make up a good story for what the scar is from.  The medical assistant who removed the stitches suggested "a shark bite while surfing at Santa Cruz."  I like that.  The only problem is the doc did such a neat job on me the scar will probably just fade away.﻿
Posted by Catalyst at 1:02 PM 11 comments:

What happened in Aurora, Colorado was . . . and unfortunately the word "again" must be inserted here . . . madness.  It leaves one speechless after the repetition of an act that occurs much too often in our country, in our world.  So . . hug your children and your other loved ones.  Find solace, perhaps, in the blessings of nature. 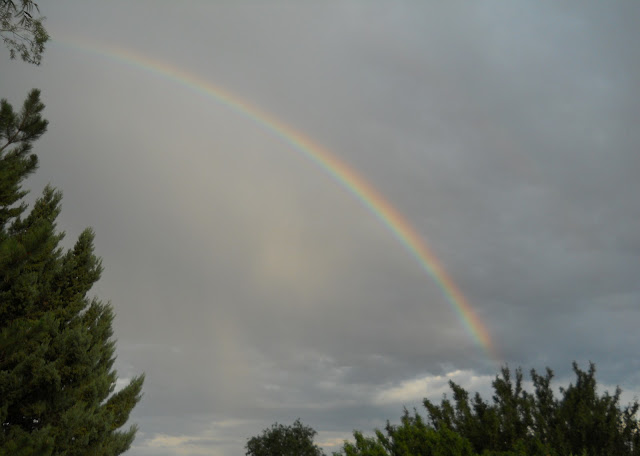 STRANGE PHOTOS FOUND ON THE INTERNET

The Internet is a fount of information . . . and of weird stuff.  Here are some photos I've gleaned this week.

﻿
From 1923, a bunch of looneys posed on top of the Overhanging Rock in Yosemite National Park.  It's 3,300 feet straight down off the edge of that rock. 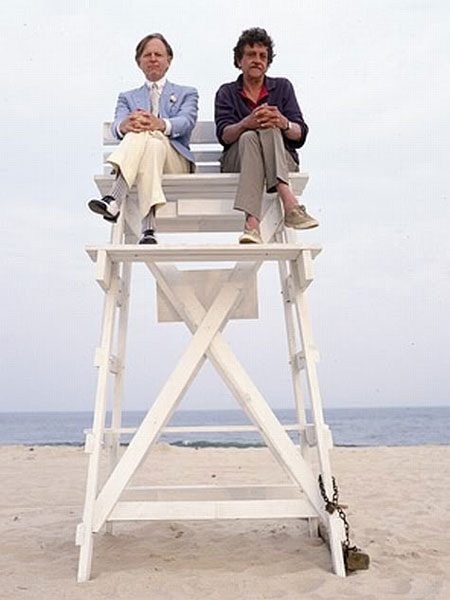 ﻿Then there is this photo of the writers Tom Wolfe and Kurt Vonnegut on a lifeguard tower.

And finally a delicious photo of the Mexican artist Frida Kahlo.  See if you can pick out her trademark. 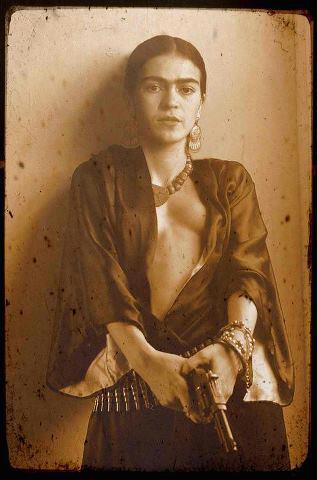 ﻿
﻿O.K. fellows.  Be honest now.  How many of you noticed Frida's famous unibrow?

Have a fantastic weekend everyone.
Posted by Catalyst at 10:26 AM 8 comments: 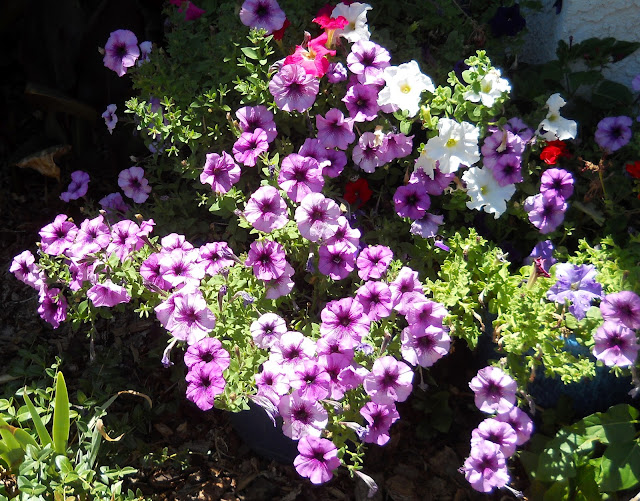 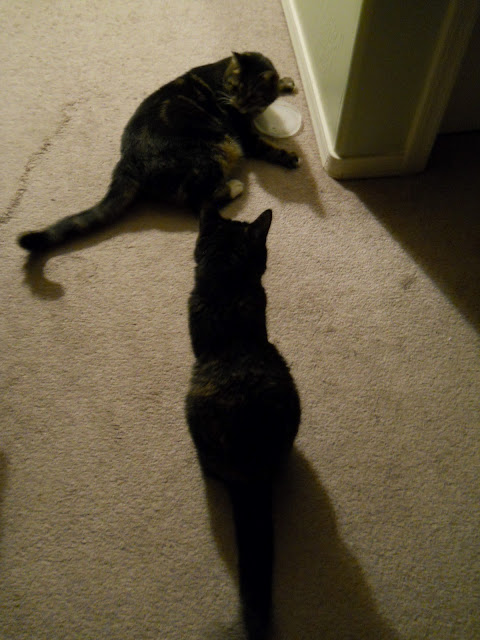 SWMBO sprinkled out some catnip the other night.  It's the cats' drug of choice.  Muggles got to it first as Jazz waited politely. 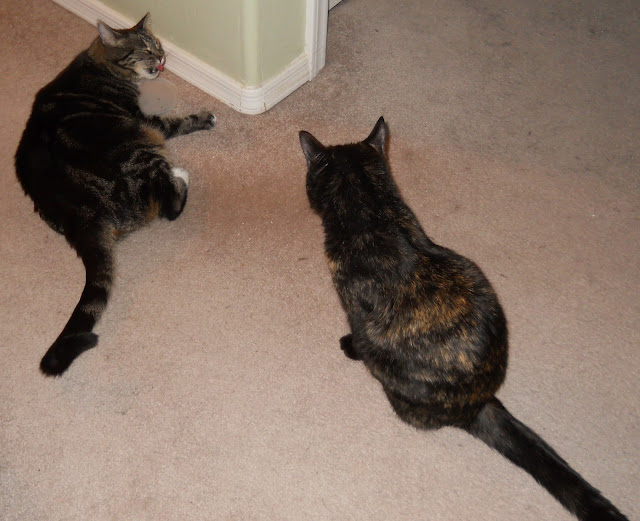 Though Jazz was waiting patiently, Muggles seemed to be sticking out her tongue at her.

Maybe she's just working up to a sneeze.

A little later, after Jazz had her taste and lay down near the stash, Blackwell showed up to see what the big deal was. 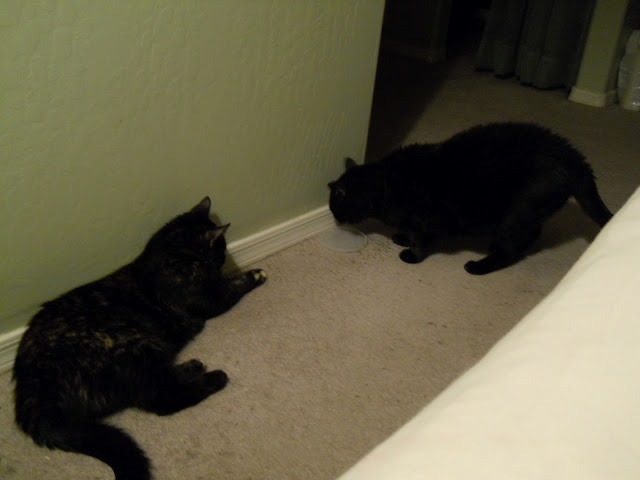 He soon found out. 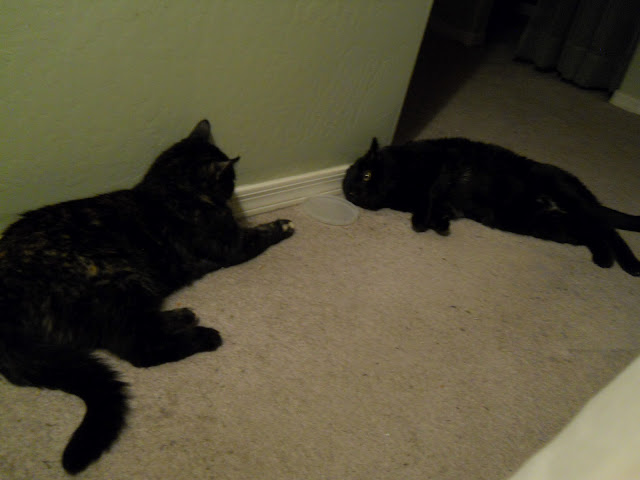 Jazz and Blackwell never get this close to each other without some trouble.  But both stoned?  A different story.  And I do mean stoned. 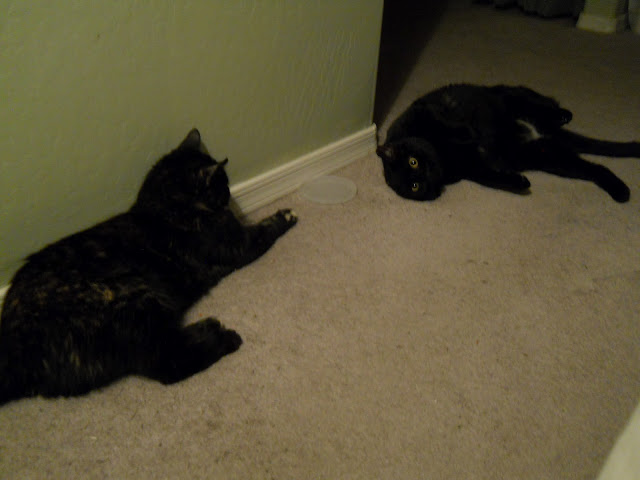 ﻿Blackwell:  "Is anyone going to supply us with some chocolate?"

Jazz:  "I'd get some but unfortunately I can't move right now."

AS THE YEARS GO BY

This is a picture taken a couple of weeks ago of my high school graduating class. 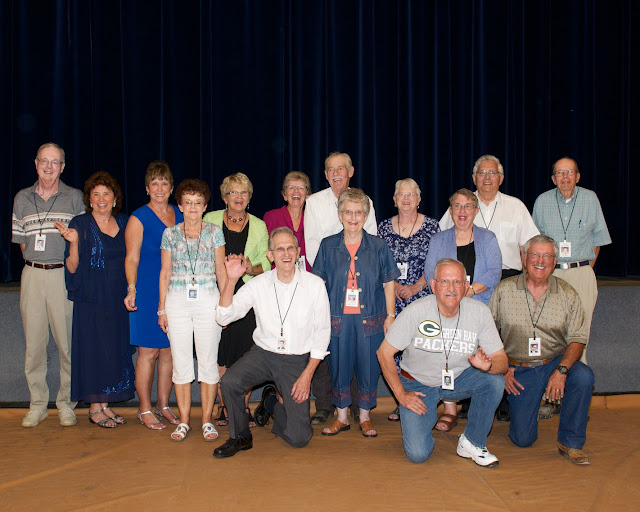 All of which may explain why I can only identify a few of the people in this photograph though I grew up with most of them in a very small town in isolated North Dakota.  People change over the years and I have come to realize that if you're not keeping track of the changes through the years, you lose track of what the people now look like.

Who would have thought, for example that this handsome young guy from 1958 . . . 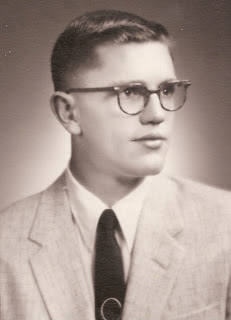 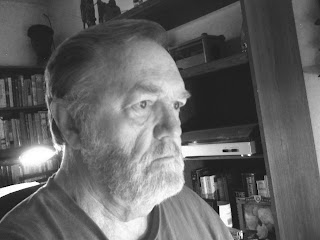 That guy in the upper left in the group picture was one of my best friends in high school and, amazingly, he hasn't changed hardly at all.  Plus I've seen him a few times in recent years.  He now makes a trip down to Arizona and Texas about every winter and stops for a cup of coffee with me.  I remember seeing pictures from, I believe, the 50th reunion which featured a fashion show and he ended it by coming on stage in the same outfit he wore to our senior prom.  It still fit him perfectly!

But most of the rest of us have put on weight, gotten gray or white haired or even bald.  And of course a handful of my classmates aren't around anymore.

﻿I snapped this picture the other day at an intersection in Prescott.  It's through my windshield.  Sorry for the reflections.  And for the crack.  (Shhhhhh!  Don't tell anyone.)
Posted by Catalyst at 9:27 AM 6 comments:

Saturday was the big day for the Old Fireside Plaza's annual Hawaiian luau day.  This is the third year that Goodwin Street in front of the plaza has been closed off after tons of sand have been dumped on it for a sand volleyball tournament.

﻿
There is live entertainment by local bands, a pig roast, raffle prizes and much more.  Visitors are encouraged to "dress Hawaiian" and many of them do.


﻿The employees of the plaza's shops also dress the part.

I could feel this poor fellow's pain.

The mascot for the Arizona Sundogs hockey team showed up and posed for pictures.

﻿
Security is provided by the Arizona Rangers in their natty all-black uniforms.

﻿
﻿That's probably a pretty good thing considering some of the other employees and their costumes.  If you're not an admirer of the female form you might want to look away.  But you'll be missing something.  After all, it's Hawaiian, right?

﻿This young lass was getting a compliment from a female customer on her red hair.  One of her male co-workers commented "Don't worry, no one's going to notice it today."

I asked this young lady to pose as I wanted a picture of her tree.  She commented, "that's one I've never heard!"  But she posed.

﻿In nearby Prescott, it rained hard this morning, then came back in the late afternoon.  Good thing because that meant it didn't wash out the Hawaiian luau that was going on in downtown.  I'll have pictures of that tomorrow.

These pictures were taken this afternoon after the rains came back.

﻿If you look closely at this second picture, you can see the rain coming down diagonally.

Meanwhile, when I got home I found it sprinkling lightly but nothing like the torrential downpour I drove through to get home.  The ferocious thunderstorms have slid by us for the most part.

But here's the cloud formation that brought that heavy rain.


﻿So thanks to all of you who were concerned about us and offered to send us some of your rain.  We can still use it but I think the monsoon is going to take care of us for awhile.
Posted by Catalyst at 5:12 PM 7 comments:


See that little tinge of color up there at the top of my patio roof?

Those are a few blossoms on our Trumpet Vine.  There are quite a few more, tooting out their hope for some rain.

Just send us some damned rain!

Actually Prescott, which is just a few miles west of us, has had a couple of good rain storms in the past couple of days.  But the rains have been splitting and avoiding us here in Prescott Valley.

It's looking more and more promising for some rain.  We've had a few sprinkles but that's all.  But this is what caused that low temperature I showed you in my last post.


﻿
Dagnab it, there's got to be some rain up there somewhere.

Oh I bet you've all been worried about me since my Monday post, right?  Well, I'm okay.  Except that I ran my foot into a leg of my bed this morning and split the end of my little toe open.  I'm so used to running into things that I didn't think anything of it.

UNTIL!  As I was walking around in the kitchen I suddenly looked down and saw spots of blood all over the floor.  Oh, hell!  But I put a bandaid on my toe, cleaned up the floor and SWMBO never knew anything about it.  Until I told her later.  So it goes in the life of the old and clumsy Catalyst.

But there's better news.  At late afternoon I passed an electronic sign and was amazed to see this.

﻿
Can you believe that?  Nearly 5 o'clock in the afternoon and only 73 degrees.  That's California coastal weather!  Amazing.

But even more amazing was the sight just a few hundred feet away that SWMBO called my attention to.

﻿
That my friends is a double century plant, rising perhaps 25 or 30 feet into the air.  Since they reportedly bloom only once in about 100 years, that's pretty darned amazing.