I had expected the ground to be white when I rose from the arms of Morpheus yesterday.

The Weather Gods had predicted snowfall during the night.

But lo and behold there was nought to be seen.

Until later, when I drove to the grocery store. 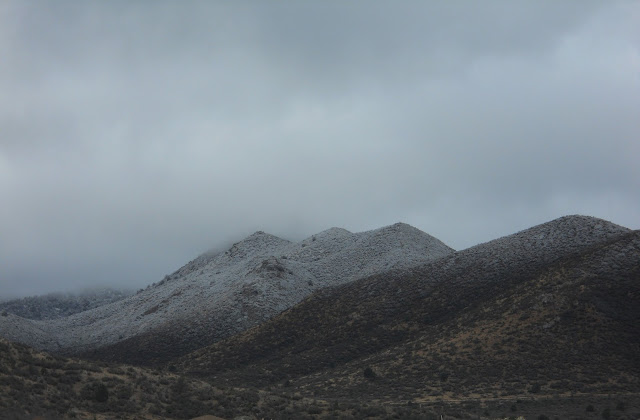 Against a murky gray sky, I noted the tops of the Bradshaw foothills just south of where I live were dusted with white.

Prescott, just about 8 miles away from Prescott Valley (where I live) is a couple of hundred feet higher in elevation.

And an old friend from my home town in North Dakota who lives there, Corky Jackson Hintz, posted this delightful picture on Facebook. 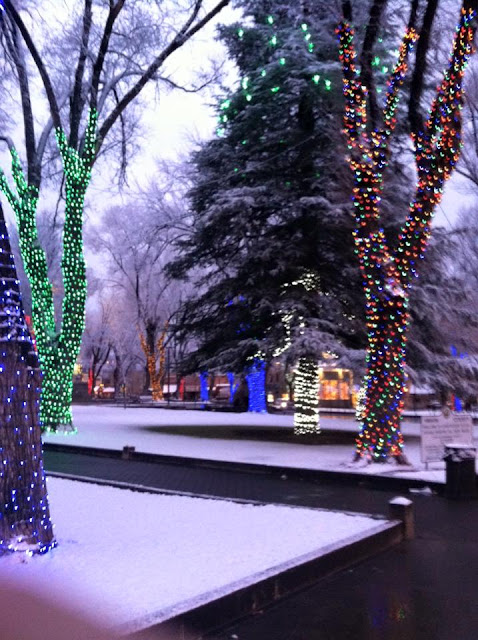 The beautiful photo from the Christmas-lit Courthouse Square shows that the increase in elevation was enough to create a bed of white.
Posted by Catalyst at 8:33 AM

Nice to see snow somewhere other than outside my windows.

Pretty lights, but no thanks on the snow and gloomy sky.

The snow always looks like a wonderful winter wonderland until people start walking on it. It hasn't been cold enough for snow here in Portland, but it's mighty wet. Take care.

I never miss "any" kind of snow... but I like the view of the foothills.