Just let the following song play while you're viewing the rest of this post.


The BRD and her Beau Jack have just returned from a little visit to the city that never sleeps. 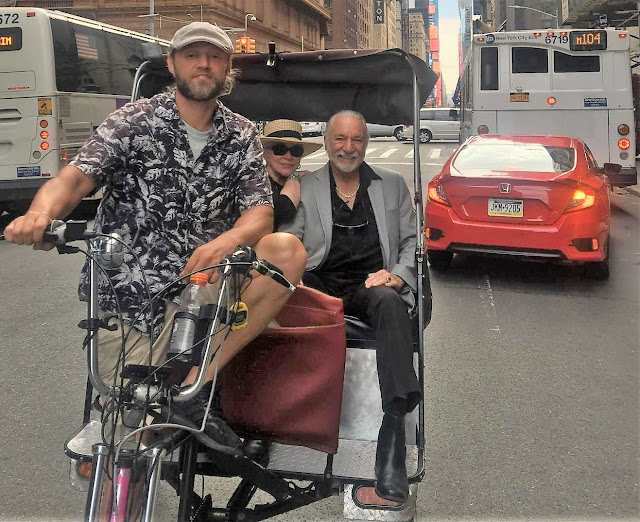 Both attired in standard New York goth black as they took a ride in this pedal cab.

This was the view from their hotel room. 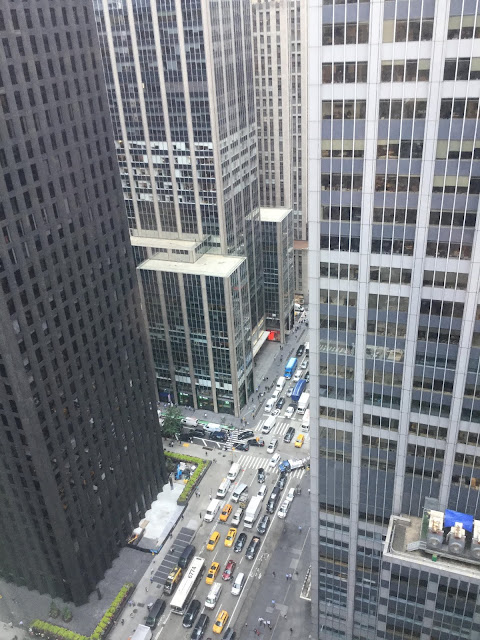 This was the view from a ferry ride they took. 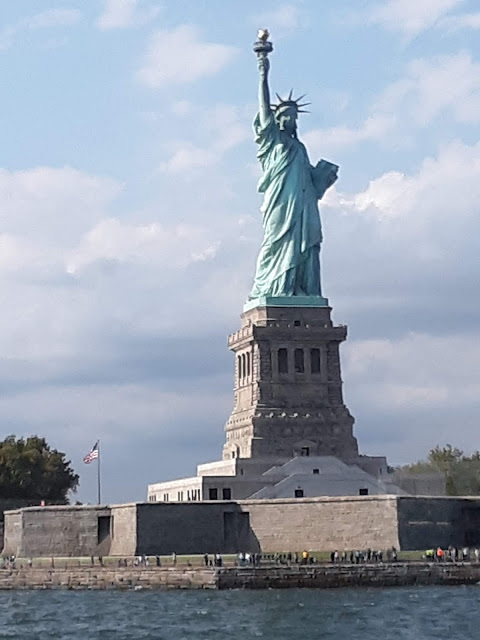 They spent a whole day at Grand Central Station, visiting a couple of bars, the market of food shops, and even witnessing a wedding at The Clock.

They visited the Top of the Rock, St. Patrick's Cathedral and Central Park.

And one must never forget that Manhattan is an island. 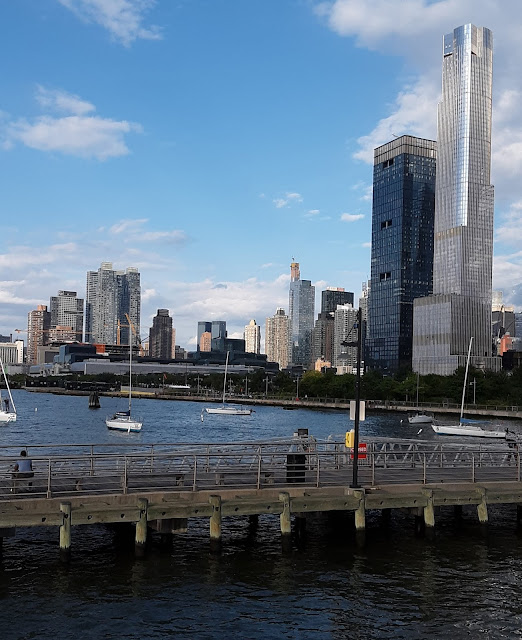 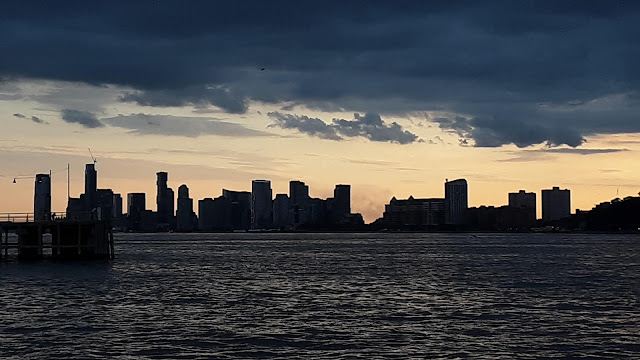 And just before this anniversary of the horrible event in 2001, they visited the sacred park on the site of the twin towers bombing. 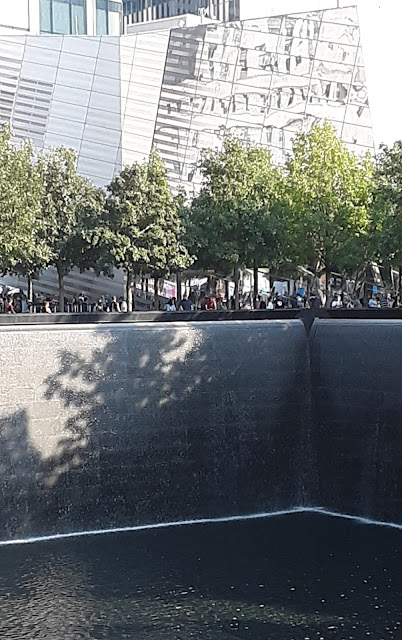 It was only a few days but they covered a lot of ground.

But the BRD says there's plenty left for the NEXT visit.
Posted by Catalyst at 4:37 PM

A city I would love to see someday. A timely post.

Have them say hi to Archie Goodwin and Nero Wolfe.

Two of my favorite characters.

I have vertigo from that hotel picture!

I love The City....early dinner, theater, late 'snack' at Carnegies (cheescake and a chocolate egg cream).

I lived in New York for a decade and I can't tell what part of Manhattan that bridge picture depicts. So many of the buildings there have gone up since I left! I do recognize that hotel view, though.

Dimi and I were married in New York, 1-2012. When we were there in 12-2011 they were just building that park. The line to get in was impossibly long but we saw a bunch from outside. A deep ugly hole of loss made beautiful once again. Thanks for the pictures.

Beautiful photos. I grew up in New Jersey and spent a lot of my teenage years visiting NYC, especially Greenwich Village. It's nice to be reminded of those old days in such a big city.

I LOVE NYC! I'm ready to go back any time.