We had a little gathering here last night.

Gayle, aka The BRD, joined us from Prescott.

And where are the pictures of this happy group?

In spite of the presence of two former video journalists and multiple cameras, not a single photo of the people survived.

Instead we have several photos of the food prepared and served by my beloved chef Judy, aka SWMBO, with her customary elan. 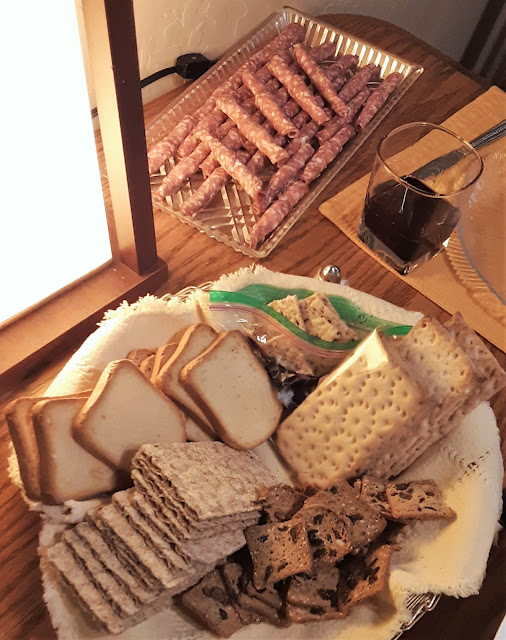 A variety of crackers, and salami-and-cream-cheese roll-ups. 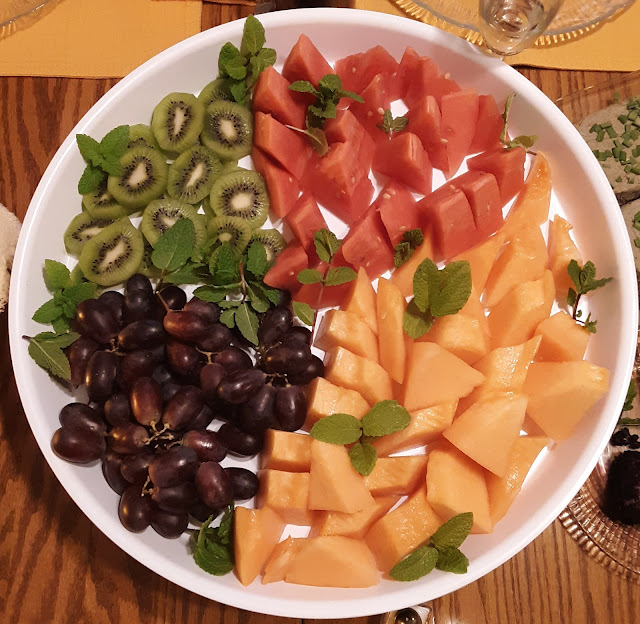 And the pièce de résistance, a huge platter containing sliced kiwi, watermelon, cantaloupe and red grapes adorned with mint leaves.
Oh, and how did I forget and miss photographing, two chicken liver and mushroom pâtés topped with chopped chives.*
For dessert, homemade lemon shortbread cookies and spiced pecans.
Also served were wines from California, Chili and France.
As Judy put it, "Just some picnic snacks."

As Tom, many years ago, called such a fête, "A Feast Among Friends."
It was all delicious, convivial AND we have left-overs!
(*Just to let you know, I have long resisted pâté or any liver dish. But these were scrumptious and I had three helpings!)
Posted by Catalyst at 4:31 PM