The news for about a week has been all about Hurricane Ian and the severe damage it caused to Puerto Rico, Cuba, Florida, the Carolinas and on up the East Coast. 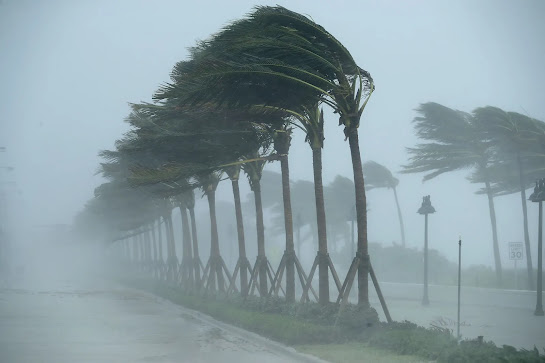 But yesterday we here in Arizona could have been forgiven if we hadn't thought we had our own hurricane.

It began in the morning with a forecast of occasional showers in the afternoon.

But when it came, it came with a passion.

We huddled inside as the rain blew horizontally and two big trees in our front yard rocked and roared, threatening to come right out of the ground.

The power failed several times briefly and once for about 25 minutes.

Today our news was filled with reports of the power outages and of trees down from north to south.

A couple fell across two cars parked at a dentist's office in Prescott.

There were reports of 8 to 10 homes damaged by a tornado to the north of us west of Flagstaff.

And in Phoenix to the south a dust storm swept into the Valley downing trees and causing at least one inbound airplane flight to be diverted to Tucson.

Here in our new home we worried about our brand new roof which was just put on last week but it seems to have survived.

It was a little scary but at least there do not seem to have been any injuries caused by what for Paradise, i.e. Arizona, was what would be called some freak weather.

Today the sun was shining again.