CATALYST, THE (not so) HANDYMAN

When we moved into our new abode 2-1/2 months ago, we were told we had to have smoke detectors and that there were none in the duplex apartment.

Well, upon looking around we found that not only did it have smoke detectors but that were three of them.

So one early morning . .  it's always early in the morning isn't it . . one of them began chirping.

We've learned that that means the battery is going down.

So we replaced the batteries in all three of them and they still chirped.

So we found a guy who does all kind of work and he came and did a couple of projects and then we asked him to take a look at the smoke detectors.

He couldn't stop them from chirping and said since they had probably been installed when the house was built . . twenty-some years ago . . they had outlived their usefulness.

He said they can just quit working after ten years or so.

And he had a good solution: new smoke detectors of a type that just stick on the wall or ceiling with some kind of adhesive.

So I ordered three of them from a local store and then picked them up. 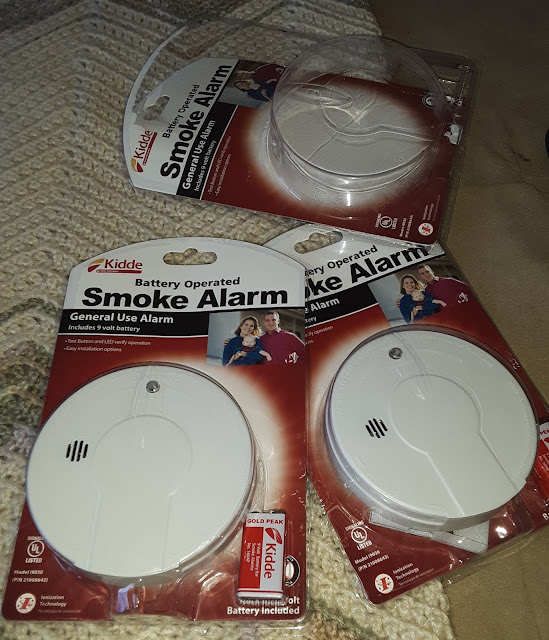 Today I ripped open one of the packages and found that they did not have some kind of adhesive backing.

What they had was a detailed instruction sheet and two rather long screws.

Well, I have fixed things over the years and I have a plethora of tools, a number of which I gathered to take on this project. 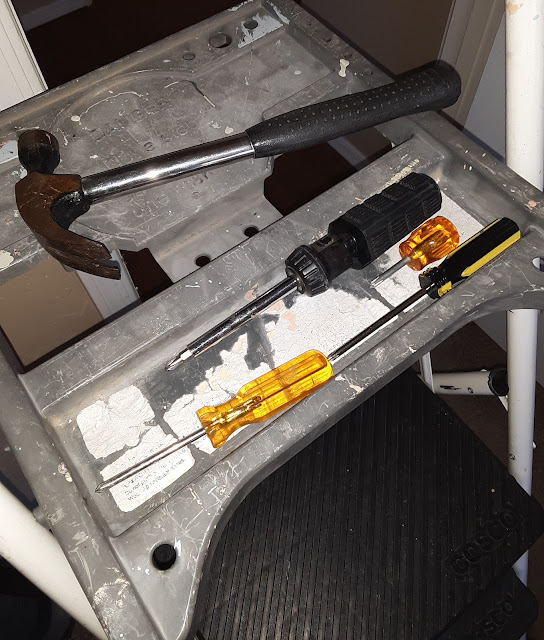 What I didn't have was one of those handy-dandy battery operated power screwdrivers, which would have either made this job a lot easier or have caused enough damage that a wall would have had to be replaced.
So I hammered and screwed (don't get ahead of yourselves) and eventually the new smoke detector was mounted to the wall just a foot or so from the ceiling-mounted old machine. 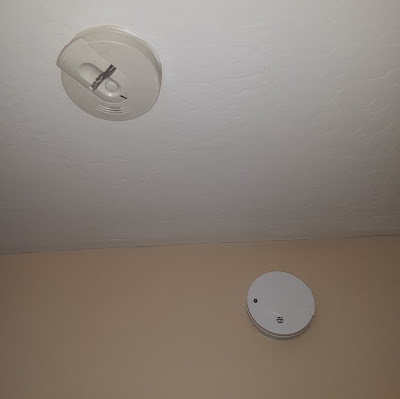 I still have two more to go but, as SWMBO said, quoting Miss Scarlett O'Hara, "tomorrow is another day".
(For you younger folk: Scarlett O'Hara was a character in a famous movie from back in the Dark Ages called "Gone With the Wind". You should watch it.)
Posted by Catalyst at 3:02 PM