Throughout my life I have collected political pins and buttons.

But going through my "stuff" I find that my grandfather also collected some pins and saved them.

I found these two the other day. 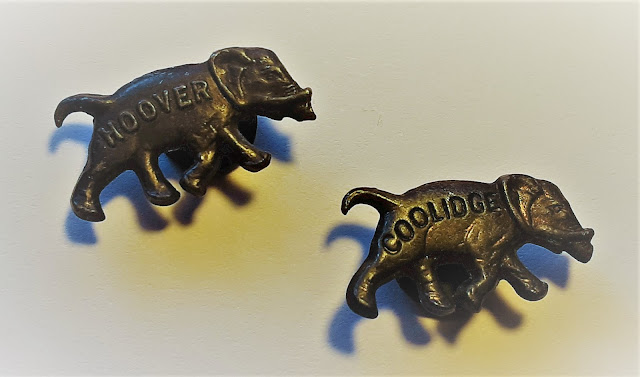 These two Presidents, Calvin Coolidge and Herbert Hoover, had the initial good fortune to occupy the office during a period of Conservative power.

My grandfather, by the way, and most of the rest of my family, were and are rock-ribbed Republicans.

Coolidge became president in 1923 when his predecessor, Warren Harding, died of a sudden heart attack.

He then won a landslide victory in 1924.

But he decided not to run for re-election in 1928.

Herbert Hoover ran instead and won.

His legacy was doomed by the Stock Market crash in 1929 and a recession that led to the Great Depression.

But my grandfather stuck with his Republican beliefs.

I wonder what he would think of his grandson (me) who went the other way. 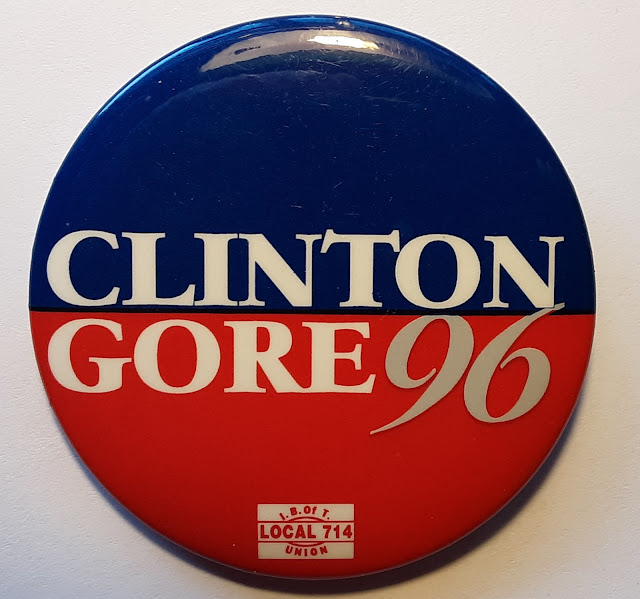 The next one is of a far-left candidate for President of Mexico. 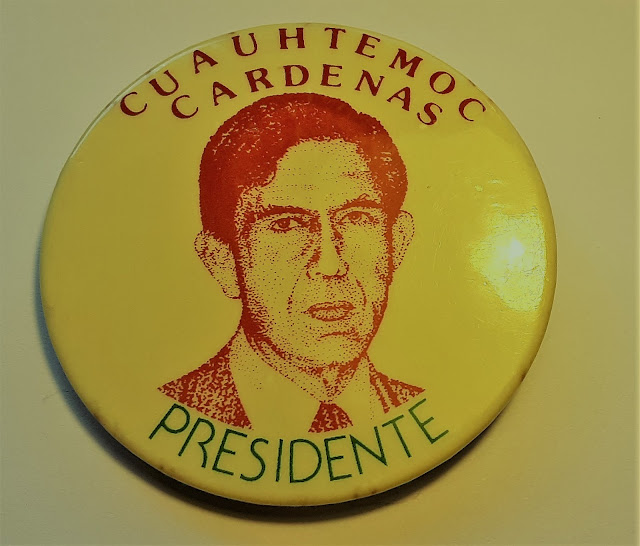 He held many offices in his career but failed in three attempts to seek the presidency.

Another pin shows a different type of politician, if I can call him that. 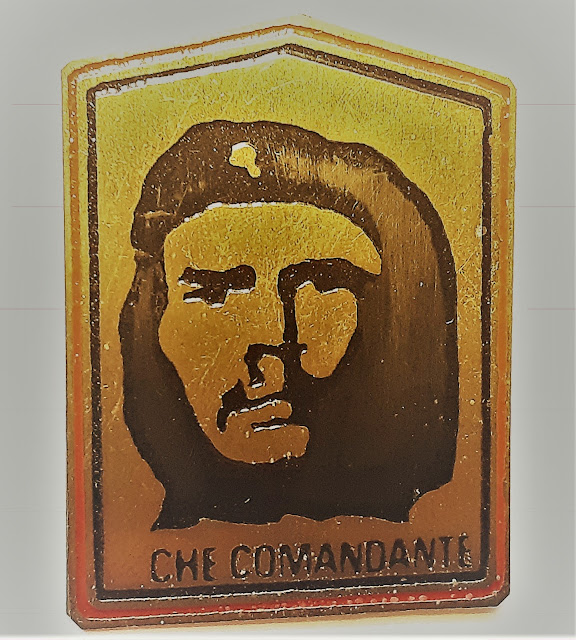 More of a revolutionary, Che Guevara's face turned up on wall murals, flags, buttons and even tee shirts during his time with Fidel Castro in Cuba.

And finally, there's this guy. 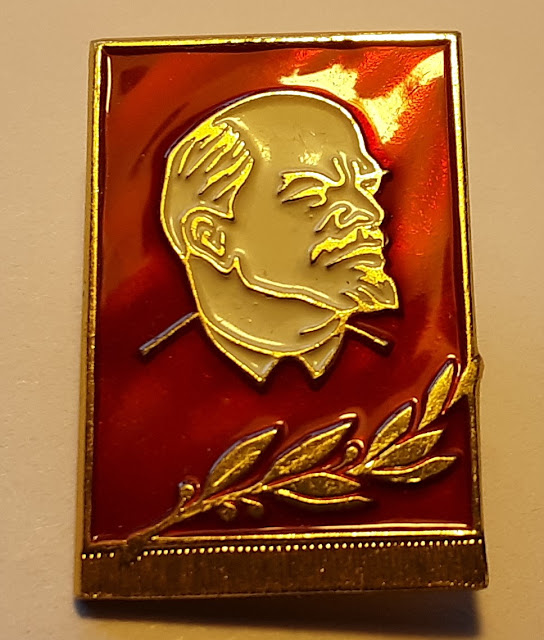 I have no idea where or why I purchased a pin with the image of Vladimir Ilyich Ulyanov but there it is.

The N didn't stand for anything, like the S in Harry S Truman, but a widely held belief was that it stood for Nikolai.

Lenin was a Communist who headed the government of Russia and the Soviet Union after the abdication and assasination of Tsar Nicholas II and his family.

And so, on that bloody note, we end this tour through history.

But there are more buttons ahead.

Stay tuned.
Posted by Catalyst at 9:03 AM