The legendary She Who Must Be Obeyed and I took a little tour to one of our favorite spots yesterday, just a little over an hour away.

Our destination was the Red Rock Country and what was only a village when we first discovered it some 49 years ago . . Sedona.

It has grown since then.

The Village of Oak Creek, south of Sedona proper, has grown by leaps and bounds like Sedona itself and is encroaching on the red rocks themselves.
But one can still crop the photos taken at various viewpoints along the road to show only the strange rock formations. 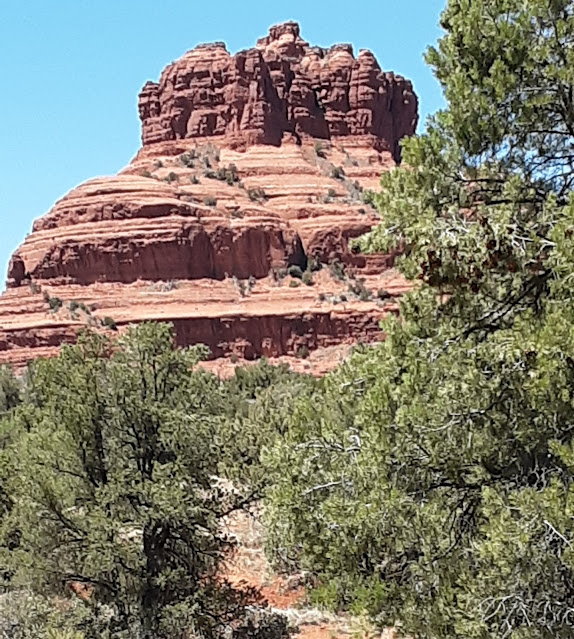 Curiously, examining closely, one can see that small trees have sprouted in cracks in the red rocks  and are fighting for survival in a very dry world. 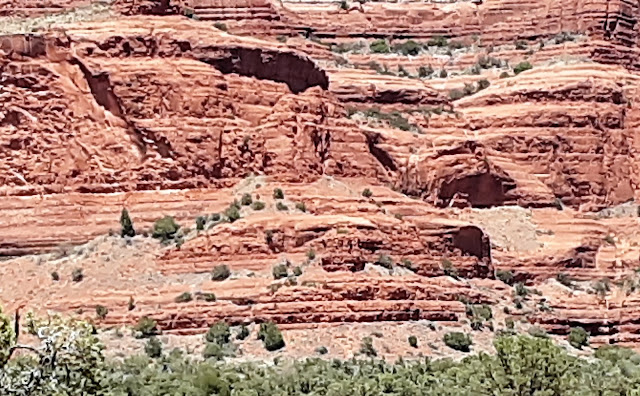 Arriving at the shopping mecca called Tlaquepaque, named after a suburban town of Guadalajara, Mexico, we find some visitors have found a way to escape the heat. 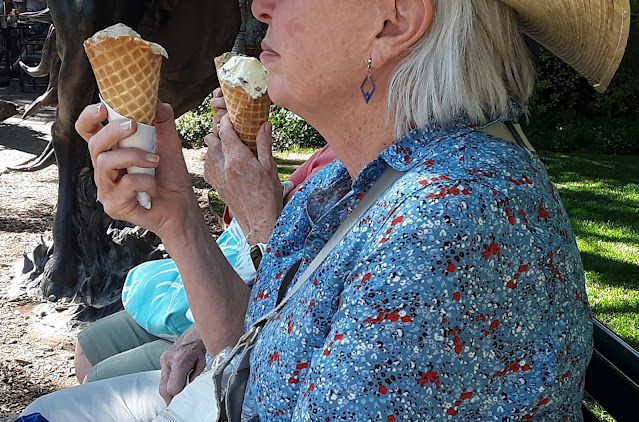 As for us, we repair to the Rene Restaurant for our coolers. 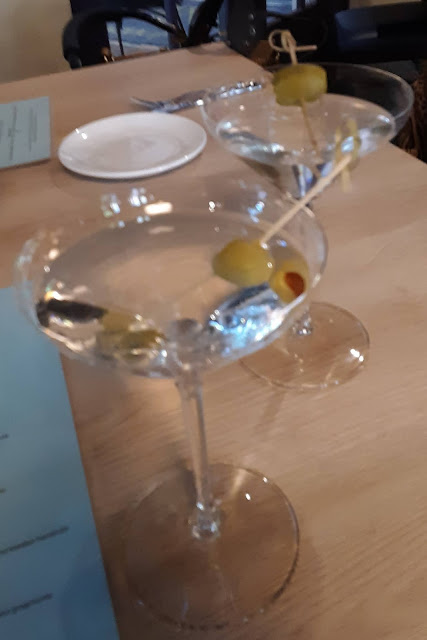 I know what you're thinking but remember, it's always 5 o'clock somewhere and we are celebrating a special day.
Judy, aka SWMBO, has reached a marker date, her 85th birthday!
And wonder of wonders, I can still get her to smile. 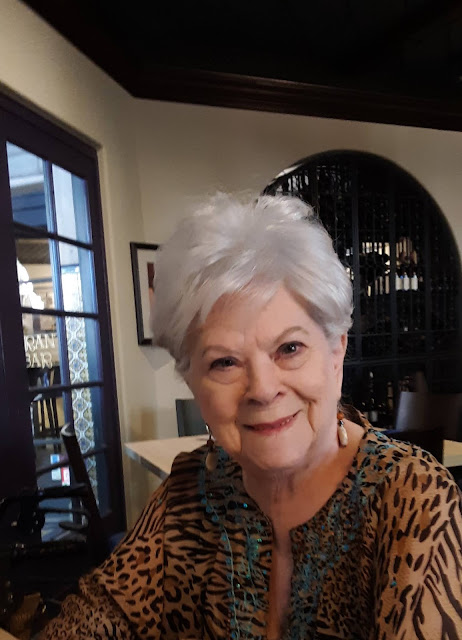